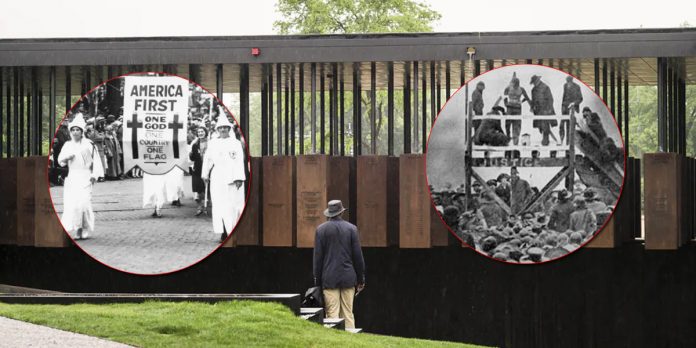 White lynch mobs in America murdered at least 4,467 people between 1883 and 1941, hanging, burning, dismembering, garroting and blowtorching their victims.

Their violence was widespread but not indiscriminate: About 3,300 of the lynched were black, according to the most recent count by sociologists Charles Seguin and David Rigby. The remaining dead were white, Mexican, of Mexican descent, Native American, Chinese or Japanese.

Such numbers, based on verifiable newspaper reports, represent a minimum. The full human toll of racial lynching may remain ever beyond reach.

Religion was no barrier for these white murderers, as I’ve discovered in my research on Christianity and lynch mobs in the Reconstruction-era South. White preachers incited racial violence, joined the Ku Klux Klan and lynched black people.

Sometimes, the victim was a pastor.

Buttressing white supremacy
When considering American racial terror, the first question to answer is not how a lynch mob could kill a man of the cloth but why white lynch mobs killed at all.

The typical answer from Southern apologists was that only black men who raped white women were targeted. In this view, lynching was “popular justice” – the response of an aggrieved community to a heinous crime.

Journalists like Ida B. Wells and early sociologists like Monroe Work saw through that smokescreen, finding that only about 20% to 25% of lynching victims were alleged rapists. About 3% were women. Some were children.

Black people were lynched for murder or assault, or on suspicion that they committed those crimes. They could also be lynched for looking at a white woman or for bumping the shoulder of a white woman. Some were killed for being near or related to someone accused of the aforementioned offenses.

Identifying the dead is supremely difficult work. As sociologists Amy Kate Bailey and Stewart Tolnay argue persuasively in their 2015 book “Lynched,” very little is known about lynching victims beyond their gender and race. 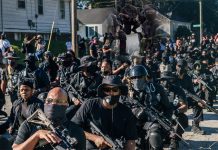 NFAC is arming itself and demanding change.