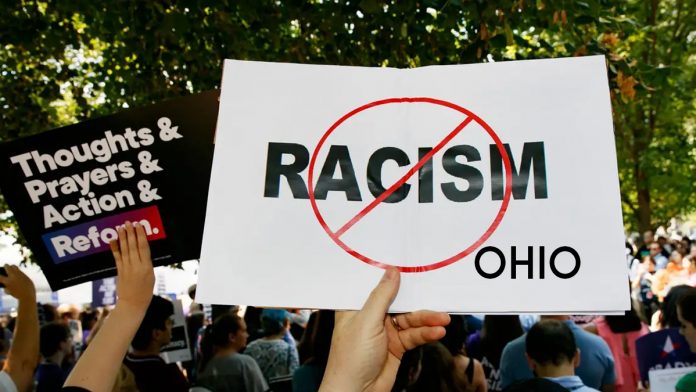 Two Republican appointees to the Ohio State Board of Education resigned Friday, weeks after they opposed its decision to rescind an anti-racism resolution.

Two Republican appointees to the Ohio State Board of Education resigned Friday, about two weeks after they opposed its decision to rescind an anti-racism resolution passed last summer.

Board President Laura Kohler, of New Albany, told reporters that GOP Gov. Mike DeWine requested her resignation and that Republicans in the state Senate who didn’t like the resolution would’ve had enough votes to remove her if she didn’t step down.

The resolution was passed by the board last summer after George Floyd’s death at the hands of Minneapolis police. It condemned racism and included an acknowledgment that “the path to equity begins with a deep understanding of the history of inequalities and inhumanity.”

It talked about training board members and Department of Education employees to identify their own biases, and recommended that districts reexamine areas such as curriculum and discipline strategies.

In their resignation letters to DeWine, Kohler and board member Eric Poklar, of Worthington, didn’t specifically mention the anti-racism resolution or related controversy. Kohler told the governor that she felt resigning was how she could “best support you and your work at this time.” Poklar wrote that his “time on the board has ended” and he was ready to pass responsibilities to the next person.

The governor’s office expressed gratitude for their service but said Friday, it wasn’t commenting further. Hours later, the office announced two new appointees to the board: Richard Chernesky, of Waynesville in Warren County, and Brandon Kern, from Amanda in Fairfield County.

Earlier in the week, senators had voted to confirm three other appointed board members who had voted in favor of rescinding the anti-racism resolution.

That resolution became part of the increasingly heated debate in Ohio and around the country over how race and racism are taught in schools. And in a 10-7 vote this month, board members opted to replace the resolution with one to “promote academic excellence in K-12 education for each Ohio student without prejudice or respect to race, ethnicity, or creed.”

The replacement condemns standards, curriculum, or training “that seek to divide or to ascribe circumstances or qualities, such as collective guilt, moral deficiency, or racial bias, to a whole race or group of people.”