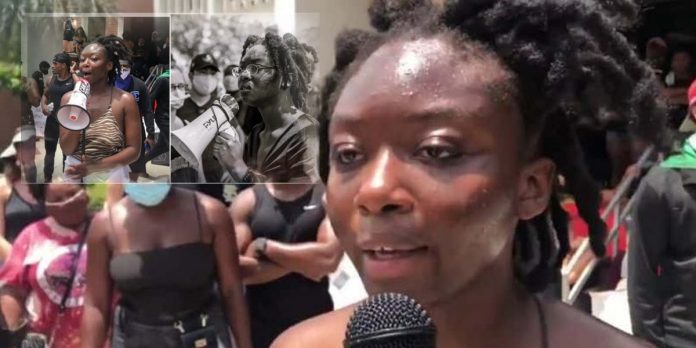 The disappearance and death of activist Oluwatoyin Salau, the moral spiral downward

On Monday morning, Tallahassee, Florida, police confirmed the death of 19-year-old recent high school graduate Oluwatoyin “Toyin” Salau, setting off an avalanche of calls for justice for black women across social media. Salau, who had been active in Black Lives Matter protests, went missing on June 6, after she tweeted about being sexually assaulted.

According to a press release, Tallahassee Police Department investigators found Salau’s body on the night of Saturday, June 13, on Monday Road in Tallahassee while pursuing a missing person’s case. A second woman, identified as 75-year-old Victoria “Vicki” Sims, a community volunteer, was also found dead in the area. Police have arrested Aaron Glee Jr., 49, as a suspect in the double homicide investigation.

The police have not released any additional information about the case and have not announced details on the connection between the two victims and Glee. However, the search for Salau, which kicked off after she was reported missing, prompted #JusticeforToyin to trend for a week and is highlighting the plight of black women and other hyper-marginalized black people, like those with disabilities and those in the LGBTQ community, amid calls for justice for black lives.

Many activists have noted that the Black Lives Matter protests and calls for justice have centered on cisgender heterosexual black men, ignoring the oppression of black women and LGBTQ people within the black community. For example, Breonna Taylor’s death has not received as much attention as George Floyd’s; three months later, officers still haven’t been charged in her death. The names of other black women killed by police, like Priscilla Slater and Pamela Turner, are largely unfamiliar to the greater public. Meanwhile, the #SayHerName campaign has morphed into #SayHisName online and at protests.