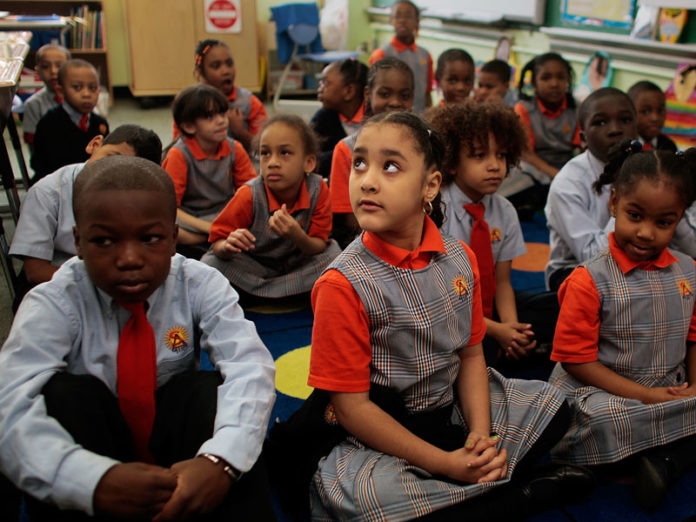 The rampant re-segregation of American public schools poses a greater threat to the trajectory of America’s progress than terrorism, nuclear proliferation, and Russian meddling in our elections.

Some of the very leaders tasked with solving the negative effects from school re-segregation offer shortsighted policies that exacerbate racial and economic divisions. The ripple-effect, consequences of their misguided thinking remains the greatest policy foible of the modern era. Lazy logic behind bad policy feeds a perception that that the achievement gap exists simply, because poor and minority students learn differently than their wealthier, White peers. Rather, it is directly tied to declining enrollment, lower property values, and the dwindling resources available to tackle mounting challenges in the communities that surround underperforming public schools.

Research shows that racial and socioeconomic diversity in our classrooms leads to higher than average test scores, greater college enrollment rates, and the narrowing of achievement gaps. These gains don’t just apply to poor and minority children either—every student benefits from learning and engaging with peers from different backgrounds. Despite the evidence, today our public schools are more segregated than they were 40 years ago.
SOURCE Black Press USA