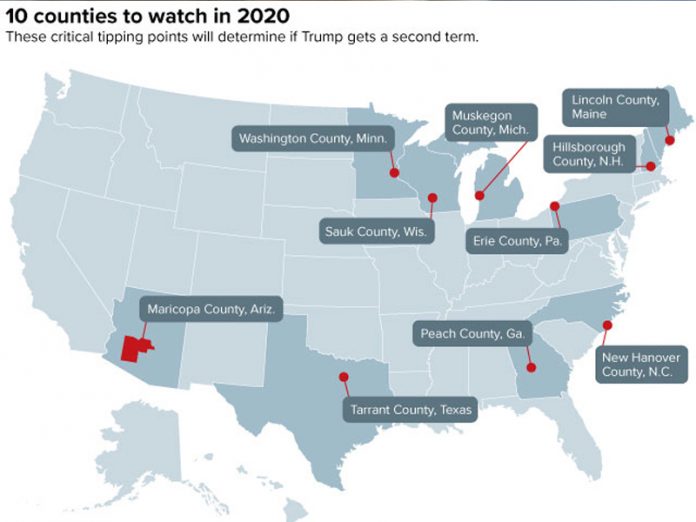 Counties That Will Decide The 2020 Election

The 10 counties that will decide the 2020 election

Three years after a presidential election that came down to 77,000 votes in three Midwestern battlegrounds, Democrats and Republicans are eyeing a much larger battlefield ahead of the 2020 contests, one that stretches from the picturesque coastline of rural Maine to the high desert of Arizona.


Both President Trump’s campaign and the Democrats vying to replace him are scrutinizing a political map in flux, one in which attitudes and alignments are shifting and new regions are coming into play. As many as a dozen states could be up for grabs next year as economic and international uncertainty pairs with a cauldron of domestic discontent in government.