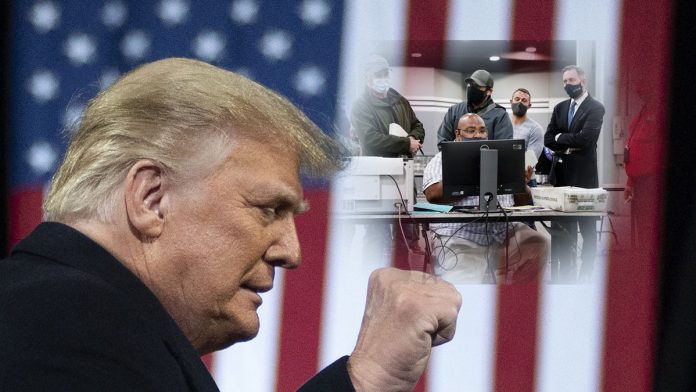 Republicans have begun a legal process that could allow them to disenfranchise much of Atlanta.

Late last month, 27 Republican members of the Georgia state Senate sent an ominous letter to the state elections board, touting a misleading claim about the 2020 election popularized by Fox News host Tucker Carlson. A few days later, several Republican members of the state House sent a similar letter seeking a “performance review” of election officials in the Democratic stronghold of Atlanta.

In a post-Trump GOP, it might seem unremarkable that elected officials are spouting off about some lie or half-truth broadcast by conservative media. But these letters set in motion a chain of events that could end in mass disenfranchisement of voters in the Democratic stronghold of Atlanta for the 2022 statewide and midterm elections.

In March, Georgia Republicans passed SB 202, a sweeping new election law that erects obstacles between Georgia voters and their right to cast a ballot. While some are relatively minor or even popular, the most ominous provisions of this new law allow the state election board, which is dominated by Republicans, to seize control of county election boards. Those boards can disqualify voters, move polling precincts, and potentially even refuse to certify an election count.

The letters from Republican lawmakers are the first step in the legal process Republicans may use to take over elections in Fulton County, the most populous county in the state, which encompasses most of Atlanta. In 2020, nearly 73 percent of Fulton County voters cast a ballot for President Joe Biden. Biden won the county by nearly a quarter-million votes, enough to push him ahead of former President Donald Trump in a state decided by 11,779 votes overall.

Both letters ask the state elections board to begin a “performance review” of the local officials who oversee elections in Fulton County. The senators claim that such a review is justified because “nearly 200 ballots were scanned twice last fall” during the initial vote count in Fulton — a claim that was previously featured on Tucker Carlson’s show.

The reality is much more nuanced, and it suggests that the state’s existing systems worked exactly as they were supposed to work. Although nearly 200 ballots were double-counted during the first count of Fulton County’s ballots, Georgia conducted both a machine recount and a hand recount of all its ballots, given how close the statewide result was. And there’s no evidence that any ballots were counted twice in the final tallies that showed Biden ahead of Trump.

It appears likely that a poll worker in Fulton County made a minor clerical error, and this error was corrected in the subsequent recounts.

Nevertheless, it is probably inevitable that the GOP-controlled state elections board will open an investigation into Fulton County. And once this investigation concludes, the state board can use it as a pretext to remove Fulton County’s local elections board and replace it with a temporary superintendent who can undermine voting within that county.

Georgia law provides, for example, that any voter in Fulton County “may challenge the right of any other elector of the county or municipality, whose name appears on the list of electors, to vote in an election.” If Republicans appoint a temporary superintendent in Fulton, that GOP official will adjudicate these challenges. That means that Republicans could potentially flood the zone with frivolous voting challenges — which could be sustained by a partisan superintendent.

The outcome of Georgia’s 2022 statewide elections, in other words, may not be determined by the state’s voters. It could hinge on a sham investigation into Fulton County’s election administration — and by a partisan board’s subsequent decision to place a partisan official in charge of counting most of the votes in Atlanta. 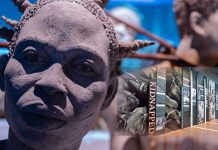