Federal authorities arrested Florida businessmen Lev Parnas and Igor Fruman, alleging that they violated campaign finance laws in order to funnel money to numerous Republican committees, including a $325,000 contribution in May 2018 to a pro-Trump super PAC called America First Action.

The charges allege that the two men participated in a straw donor scheme to provide money to political candidates. It does not appear that the allegations are related to the controversy over Giuliani’s work in Ukraine.
Fruman and Parnas, both U.S. citizens who were born in Ukraine, are expected to appear in federal court Thursday in Virginia. The U.S. attorney’s office in Manhattan has been investigating both men. Wall Street Journal also reports.

After the arrests were announced on Thursday, a trio of House committees pursuing the impeachment inquiry against Trump issued subpoenas to the two men for documents related to their work with Ukrainian officials and political contributions in the U.S.

Support our journalism with a contribution of any size. Readers from around the world, like you, make AMIBC™s work possible. We need your support to deliver quality, vetted, investigative journalism – and to keep it open for everyone. At a time when factual, honest reporting is critical, your support is essential in protecting our editorial independence.
The African-American narrative and issues impacting the culture is tantamount to the AMIBC™ platform. Every contribution, however big or small, is valuable for our future. Make sure to join the AMIBC Founders Club to maximize the total advantage of being a subscriber. Contribute by clicking on the advertisers featured on this site and utilize them. 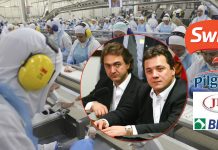 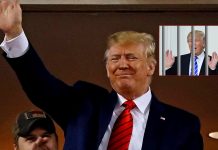 Trump Must Remain in Power to Stay Out of Prison 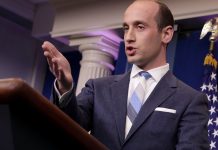